The homogeneity of big cities is nerve wrecking for me.

Tired of the daily gruel, I headed to Vrindavan – a small Indian town located about a four-hour drive from New Delhi. 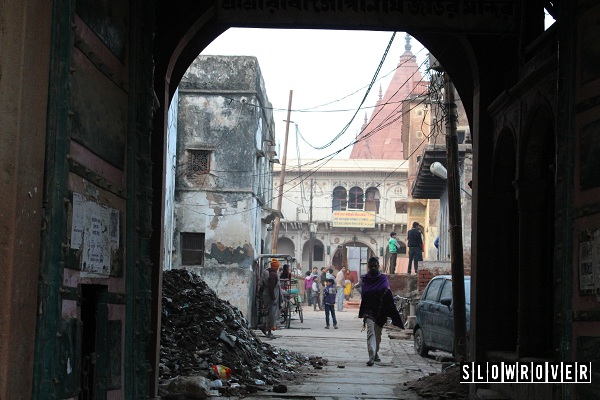 Vrindavan is an important city for the Hindus who believe it to be the place where Lord Krishna grew up. After the Mahabharat, Lord Krishna was destined to die a death of ignominy and his kingdom was submerged in water. The town’s real beauty was lost and rediscovered only in the late 16th century. However, what was lost in terms of time has more than been made up for. The town is teeming with temples and people. People of all races, religions, even nationalities. And what brings them together, is Krishna.

Lord Krishna idols (in his Banke Bihari avatar) at Vrindavan

The ISKCON temple of Vrindavan is home to believers from several countries in the world. They flock to the town of Vrindavan to listen and tell stories about Krishna and his love for his companion, Radha.  I heard stories of Krishna following Radha around, of him making a pond for Radha and her best friend, of Radha stealing Krishna’s flute to teach him a lesson. They told me the stories with utmost devotion.

They had all found their rightful place, in Vrindavan.

Nidhi Van- The playground of Krishna and Radha 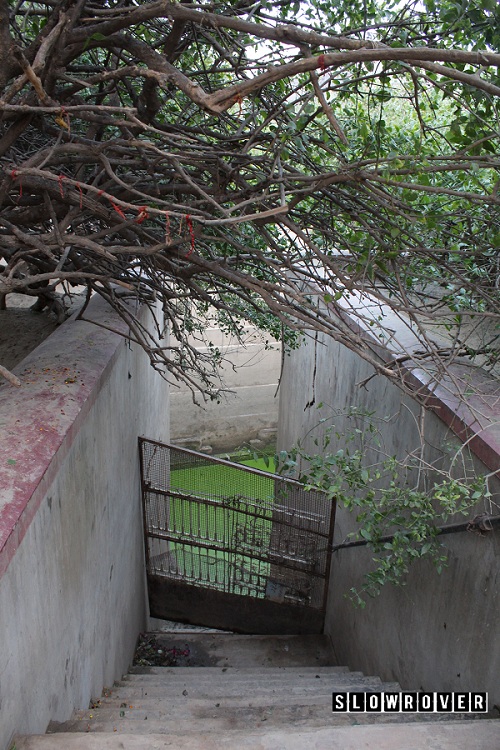 The Lalita Kund, believed to be dug by Krishna for Radha’s best friend Lalita

Surprisingly, in trying to give the people their place, the town has not lost what belongs to it. It is extremely difficult to escape homogenization at the hands of globalisation. Greater connectivity, better communication channels because of a uniform language have helped us grow as a race. But haven’t they also led to terrible losses in terms of the decreasing usage of local languages? But this has not happened in Vrindavan. Though people are happy to chat in all popular languages, which are Hindi, English and Braj, they retain a special love for the indigenous culture.

It is not surprising that their identity draws upon their faith.

Radha’s name is considered holy by all believers. Legend has it that by calling out Radha’s name, one invites the sacred blessings of Lord Krishna upon oneself. Thus, honking – an industrial language is replaced by Radha’s name in this town. It is kind of an unspoken rule to roll down one’s window and yell “Radhe Radhe” instead of honking on the road. This shouting about might sound crass to you, but it is music to my ears in comparison to the city honks. In my opinion, cities bow down to globalisation quickly. So do big towns. But small towns, somehow retain their identity. And never did I feel this more acutely, than on my visit to Vrindavan.

‘Shri Radha’ inscribed outside a house in Vrindavan

The author is a staff writer at Scoopwhoop!
Send her virtual chocolates on her Twitter and Facebook.

© Copyright for all the images owned by SlowRover and Swetambara Chaudhary.